How Safe is Wifi for Kids?

Home / News / How Safe is Wifi for Kids?

How Safe is Wifi for Kids? 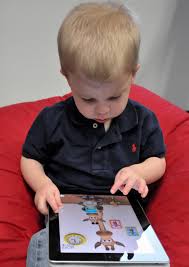 As parents, there are plenty of concerns for our kids. Now, with technology, parents have yet  something else to monitor. Since it’s inception in 1997 wifi has become so mainstream in our society we wonder how we ever lived life without it!  Our kids are growing up with no knowledge of how to use an encyclopedia for research, but rather how to use Google to find out everything.  The question is, “How safe is wifi for your kids”?

Side Effects from Wifi

Insomnia – Surely most of us are guilty of checking our phone, iPad or laptop for texts, emails and social media before drifting off to sleep.  By exposing ourselves to the wifi signals and the bright screen, it actually stimulates our brain making it harder to fall asleep.  Also, many people keep their phone within reach, like on a nightstand, while they sleep.  A study shows that the constant bombarding of the wifi signals and microwaves can actually keep us from getting a restful night’s sleep.  This study suggests that by removing your wifi objects from your bedroom and even turning off your wifi at night, might help to cure your case of insomnia.  Even if your phone is on silent, it still is emitting rays that affect your brain; therefore, not allowing your brain or body to fully rest. 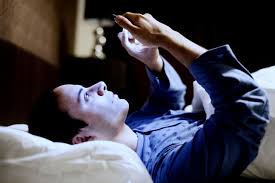 Affects Cell Growth – To prove this theory, a study was conducted by Danish students who were used to sleeping with their cell phones by their heads. They planted two containers of seeds to determine the effects of wifi.  One seed container was placed in the room with the wifi, and the other one was placed in a room with no wifi.  The seeds in the room without any wifi grew and flourished, while the seeds planted in the wifi room died.

Derails Brain Function – Many scientists have researched the affect of 4G use on brain functions. Using MRI technology, research found that people exposed to 4G radiation had several areas of reduced brain activity. The MRI scans clearly show that a child absorbs 10 times more radiation that an adult. 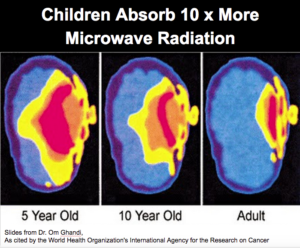 Provokes Cardiac Stress – If you think your heart races when playing a mean game of Candy Crush on your electronic device, you might be right.  A study involving nearly 70 subjects found that the majority of them experienced a physical response to electromagnetic frequencies, even on 3G or LTE cell phones.  This physical response included an increased heart rate similar to that of a person under stress.

Linked to Certain Cancers – While extremely controversial, it can’t be ignored that plenty of animal studies indicate that exposure to electromagnetic radiation increases the risk of tumor development. There are many reports and cases relating to human studies as well. One such case involves a young 21-year-old woman who developed breast cancer, although she did not have a predisposition to it. This case was unique since she developed the tumor right on the spot where she carried her cell phone in her bra.

Take a Break from Devices

While many of these issues are alarming, there is no need to throw out all of your electronic devices and permanently turn off your wifi.  After all, many times studies can be repudiated.  These are things we all need to be aware of, so that we can take precautions.  By keeping your devices out of your bedroom at night time and being cautious of where you place your phone, will help to minimize your exposure.

Undoubtedly, there will be many more studies over the next few decades regarding wifi and the use of it.  The timeline of many of the modern day inventions leading up to wifi and beyond is mind blowing.  Inventions we could never have conceived of have been in use for decades now.  We will keep making advances with technology and how we utilize it.  However, there is a benefit to occasionally disconnecting from electronics, especially during our resting hours, so that we can recharge ourselves!

Want to get the latest tech and smart home news? Check out our monthly newsletters or sign up below.