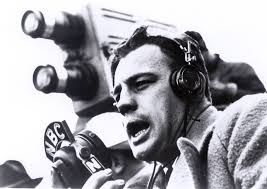 Television may have changed the NFL more than any other technology has over recent decades.  Since the first broadcast of a professional football game in 1939, Television has allowed for some of the biggest advancements in the league. The relationship of television and the NFL has forever changed the game of football. It changed how the game is watched, understood, marketed, executed and officiated. 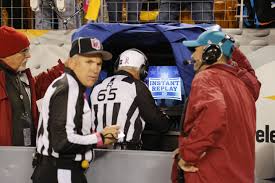 We all know those familiar words, “Upon further review of the play…” Television’s Instant Replay feature is evidence of improved technology. At it’s humble beginnings, camera men would stand on the sidelines with one, or perhaps two cameras to record the game.  There were no tight zoom in’s and no play back capabilities for review.  Today there are cameras nearly everywhere in the stadium, so that not a moment is missed. This allows television viewers to actually feel like they are a part of the game experience.  Television makes it possible to see the action close up, view instant replays, and hear the commentary that stadium spectators don’t. 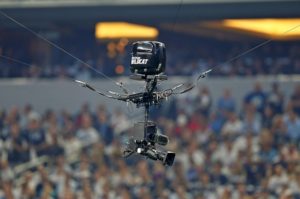 Teams use the footage of these games to evaluate their opponents and review the calls that their coaches make. TV footage is also used to grade officials and evaluate their accuracy.

Television has prompted new innovations in technology in order to improve the at-home viewer’s experience. The SkyCam is a great example of one of the many products that have been created due to enhanced technology.  SkyCam’s give a view of the action, and capture angles that a normal sideline camera cannot. The SkyCam hangs from above the field, moving along its cables with the action, to capture all of the players on the field at one time. 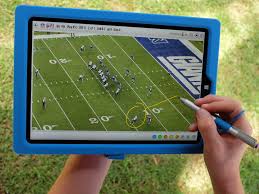 A product that has been introduced to coaches and coaching staff, is the Microsoft Surface tablets and the Sideline Viewing System. These tablets allow coaches to view in clear high-resolution color pictures of the action, by zooming in, and even drawing on the screen while instructing their players. These tablets replace the old previously faxed black-and-white images of the formations that coaches would use to analyze between each series on the sidelines. 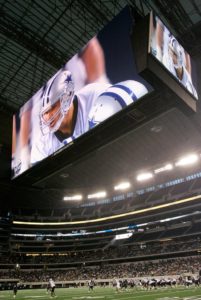 Television has influenced clubs to upgrade their stadiums with the installation of enormous video displays.  For example, the video board at the Dallas Cowboys stadium is the equivalent of more than 4,900 52″ flat panel screens arranged together.  Having these huge screens allows spectators to see the action better than they can see the live action on the field. There are also private viewing areas in the stadium that are equipped with high quality televisions for those fans who want to experience “being there” without having to brave the elements.

Carolina Panthers’ Bank of America Stadium has undergone renovations in recent years.  In the 2015 off-season, the facility’s 153 suites were fully upgraded with rows of seating, fully retractable windows, better heating, and more televisions.  Upgrades were also made to improve cellular service throughout the stadium. In the 2016 off-season, Wi-Fi service was enhanced with more than 1,200 access points throughout the stadium. By giving the fans the best technology driven experience while at the stadium, helps to keep the seats packed on game days! 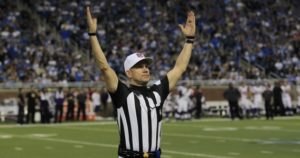 There is no question that the advances in television-based technology over the years has led to an increase in the NFL’s popularity and fan base.  Whether you want to be part of the live experience and attend a NFL game at your team’s home stadium, or watch the action from the comfort of your home; you can be assured that the sights and sounds captured will be experienced through the most advanced technology available.

If you need help deciding which television is the best for your ultimate action viewing, contact our experts for a game winning experience!