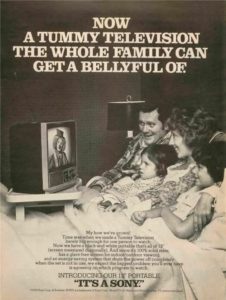 Gone are the days where you could go to the store and buy a TV based on just it’s size or brand (since that was the only option); and, thankfully, gone are the days of having only three channels to watch for a limited amount of time. Today, we literally have a smorgasbord of channels for us to enjoy 24 hours a day! Remember waiting for “The Wizard of Oz” to come on that ONE time of year? There was no recording it, and if you missed it…you had to wait an entire year to be able to watch it again!

Today, there are so many brands, options, sizes, and features to each television, you need a full tutorial in order to understand all the features. There is 3D, 4K, LED, HD, OLED, and many more combinations of letters yet to come!

While the process of digesting all of the information may be daunting, it is well worth the research to find out which television is best for you. Decades ago, most homes only had one television, and it was in the family room for all to enjoy.  Today the average home has more televisions than people in the home!  Depending on the size and lighting in your room, and whether you will use your television mainly for viewing or gaming, will contribute to the choice of television you will purchase. 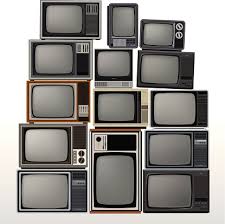 What is the newest technology for televisions in 2017? No more boxy analog televisions that weigh a ton! Some of the best televisions on the market today have certain features we would recommend. Here’s some things to look out for when selecting the best TV for your home.

LED – LED TV’s are a step above the LCD (Liquid Crystal Display). The LED’s (Light Emitting Diode) are often used to backlight the LCD displays, resulting in a clearer picture. LED TV’s are usually thinner and more expensive as well.

4K Technology – The 4K technology is emerging with more TV brands, and now there is 4K content available as well. 4K refers to the resolution of an electronic display; meaning how many pixels are in that display. 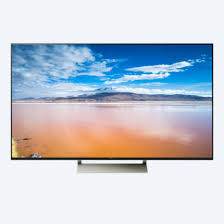 The more pixels in the display means the images will look clearer, sharper and more realistic. 4K is a very high resolution, and often referred to as “Ultra High Definition” (UHD). 4K has nearly four thousand pixels on the horizontal side, which is four times as high a resolution as 1080p (Full HD) content.

OLED – What is OLED and what exactly does it do? OLED stands for Organic Light-Emitting Diode. This is is light-emitting diode (also known as LED) in which the emissive electroluminescent layer is a film of organic compound that emits light in response to an electric current. OLED is truly the next big thing in home entertainment by offering better image quality (meaning thicker, blacker blacks and whiter whites and brighter colors). OLED has reduced power consumption and faster response times over traditional LED’s. OLED incorporates the best and newest in technology and makes for the most amazing picture you can imagine. This is THE Top of the Line…and unfortunately, the price reflects it.

SONY D Series 4K LED  – This television uses backlighting to capture the best and brightest picture available to date! This model has 630 individual zones of LED backlight, which means the processor controls light and dark areas, providing a great contrast. The HDR content practically leaps off the screen!  This TV is the best on the market to date, hands down!

SONY XBR-X940D – This is a SONY 4K HDR with Android television. This TV is beautifully designed for brilliant images thanks to the ingenious Slim Backlight Drive and super-thin design.

SONY OLED – SONY has announced that it will be releasing a new OLED TV soon.  Stay tuned for exciting details!

Which TV is Best for Me?

Still have questions regarding which Television is best for you? Consider your needs for the TV you are purchasing. Are you going to use it primarily for viewing, or for gaming purposes?  What room will this TV be viewed in, how big is this room and is there a lot of natural light in this room? As an authorized SONY Dealer, our experts can review your needs and can help determine which model TV is best for you.